EMAIL US NOW
Assault by Auto

The New Jersey Assault by Auto statute criminalizes the act of recklessly operating a Motor Vehicle (or even a vessel) and causing injury to another. A person acts recklessly with respect to a material element of an offense when he consciously disregards a substantial and unjustifiable risk that the material element exists or will result from his conduct. The degree of the assault by auto depends on the nature of the victim’s injury. For example, it’s a crime of the fourth-degree if the victim suffers serious bodily injury and only a disorderly persons offense if bodily injury results.
Assault by Auto should be considered and compared to New Jersey’s Death by Auto and Vehicular Homicide statute which apply when a person recklessly causes the death of another with a motor vehicle or vessel.

The Bianchi Law Group is made up of former trial prosecutors and other “of counsel” attorneys who have handled the investigations and prosecutions of most crimes in New Jersey and will defend you for all federal and state crimes in New Jersey including Assault by Auto.

Mr. Bianchi was previously a Hudson County Assistant Prosecutor (1989-1996) and thereafter a partner in the law firm Bianchi & Bianchi (1996-2007). Robert was one of the few attorneys in the State who qualified to handle death penalty cases when New Jersey had the death penalty.

As an Assistant Prosecutor, David Bruno was assigned to the Major Crimes and Vehicular Homicide Unit where he investigated and supervised investigations of suspicious deaths caused by vehicles. Mr. Bruno was responsible for responding to crimes scenes, obtaining warrants for blood and vehicles, making charging decisions and handling the prosecutions of these cases to trial.

Together, Robert A. Bianchi, David J. Bruno and other “of counsel” attorneys make up an aggressive, ethical, and results-oriented New Jersey Criminal Defense firm who handle all criminal, municipal and DUI/DWI cases in New Jersey including Assault by Auto cases.

In New Jersey, the New Jersey Supreme Court has a certification committee which classifies certain New Jersey Lawyers as Certified Trial Attorneys. The process requires the prospective attorneys to satisfy strict criteria including extensive jury trials, a primary focus in criminal law, an application submission, a peer review process, a character and background check and to pass a written examination. Only 250 of over 98,000 lawyers (less than 1%) are designated as certified criminal trial attorneys by the New Jersey Supreme Court. This should be an important factor in finding a New Jersey criminal defense attorney to represent you. Many New Jersey Lawyers describe themselves as trial attorneys, but most do not have the New Jersey Court’s distinction as Certified Criminal Trial Attorney.

Subsections C(2) and C(3) elevate an Assault by Auto to a third-degree crime under certain circumstances. 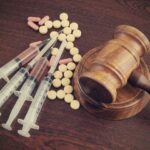 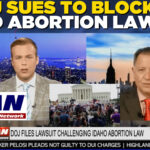 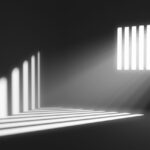 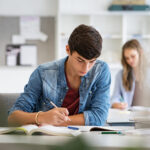