New England Patriots owner Robert Kraft solicited a prostitute in a massage parlor, cops say. Police surveillance video allegedly shows Kraft in the act. According to the judge, the video can be made public when the jury is sworn in. We break it down on Law and Crime.

Robert Bianchi: All right. Welcome back to Law and Crime Network. So, we have this Robert Kraft and Lee Wang courtroom scenarios going on. It may get a little confusing. It’s kind of hard to follow what’s going on here. But last week in the Kraft hearing it was to decide whether or not the, the examination of the officer, whether or not this evidence is going to be suppressed. And they did direct examination for a number of hours areas. There he is Robert Kraft right now, and cross examination will commence tomorrow at 1:30. Today at 1:30, however, is the Lee Wang hearing. And that’s back to this issue as to whether or not the videos, or all the videos, or some of the videos are going to be made public because of an open public records act or whatever the equivalency is there in Florida, to release this information. And, and you know, this is a really interesting case here and I know Captain Paul had some really good insights. I talked to him about it over the weekend. Having not only been a tactical operations captain for operations like this, but he was also the head of media when I was in the Prosecutor’s office. So, he’s got, he’s got it kind of like from both angles there and came up with an insight that I found to be kind of fascinating. But before we get to that, let’s take a look at the clip of what occurred in the Robert Kraft hearing of last week. Again, Cross examination will commence tomorrow at 1:30. Okay. That’s the Robert Kraft hearing as to whether in the case the state, the video surveillance is going to be thrown out or not thrown out. Again, Cross examination tomorrow on that case. And in the Lee Wang case, which they’re going to have a continued hearing on the release on the tapes today, our great Kathy Russell from the Law and Crime Network just told me on my earpiece, guess what? Kraft’s lawyers are in that hearing as well, which is what good lawyering is all about. Captain Paul, how many of these operations have you conducted? And what observations do you have about what occurred in this case that we talked about yesterday?

Cpt. Jeffrey Paul: You know, I mean, I’ve conducted many of these, both as an undercover officer going into these facilities and then later in life, being responsible for running the operation. So, what you have here as a local strip wall prostitution investigation. We’ve done it many times. The change that happened here is that Mr. Kraft showed up. So, you know, when these are local stories or in the local blotter that you know, there was an arrest, some people got arrested for soliciting prostitution, maybe a search warrants executed, there’s some cash that’s seized, that’s generally what these kind of operations are. You know, you hear things like, you know, human trafficking, you know, and certainly human trafficking is a, is a, is a, you know, a higher level of a crime than the misdemeanor of prostitution. But the big thing that happened here was Mr. Kraft showed up and Mister Kraft showed now with his legal team. So, a lot of the things that we do in the business that might be okay on a normal day, are now going to be challenged significantly, which is what’s happening.

Robert Bianchi: Yeah, I think that that assessment is a, we’ll call this now we have the Smollett deal, Gene Rossi, which now infamous in our lexicon, but we’ll call this the Kraft factor. To captain Paul’s point, although I was not a big fan of these operations based upon the amount of resources that were used and the low level kind of offense that it is and, and the, the ultimate result when you had real crimes like murder and rape and gang violence and things like that occurring, but I think Jeff brings up a good point. Gene, what do you think? Usually you get away with it. No, defendant wants to be in a courtroom contesting this at trial. It’s an embarrassment and humiliation in public. They typically get it deferred plea or a low-level disorderly person’s offense and it goes away until the Kraft factor kicks in. Thoughts?

Gene Rossi: Yes. It’s just like a DWI or a shoplifting case where you have a prominent celebrity, it always raises the stakes. This is a, the Kraft case at its core is a very unremarkable case. And the only thing that makes it extraordinary is he’s a billionaire.

Robert Bianchi: Right. And you know, Gene, a lot of times people ask this question and do, do people have celebrity theme, power and money get more special treatment of favorable treatment and the criminal justice system, my experience has been before they make an arrest, that may be because if you’re doing your job correctly as a Prosecutor or an officer, you will have a dot i’s and cross t’s because you know, people are going to say you only did it because I’m a high powered person. But once they get brought into the system, I think that they get really hammered because alternatively, some Prosecutors don’t want to give it away, quote Unquote, Jussie Smollett aside, because they don’t want to think of people to think that the rich and famous get more favorable treatment than the average Joe. So, it’s a double edge sword in my mind.

Robert Bianchi: Let’s listen though to a little bit more of the examination of this detective and then I’ll come back with these two great guests because I got a lot of questions to ask about the legality of this morning. All right, so there’s the detective that’s being cross examined in the Robert Kraft, the Lee Wang case, with regard to the installation of video recording devices inside of that massage parlor, Captain Jeffrey Paul, you not only were a person who as when you were just a Detective, I don’t mean just, but when you were a Detective you are actually doing these things. But then when you got later on in your career as a Captain, you were actually running these operations. I just find that what’s being said there that you see in the back there that they have, only option was to install these cameras. I don’t know who put that up there, but is it the only option? Captain Paul?

Cpt. Jeffrey Paul: No. In fact, I’ve never actually installed cameras in those facilities. I mean we have done a ton of them and we were opposed to it. But we did do a lot of them for a lot of different reasons and we never had just all cameras, there’s many ways, there’s investigative techniques that you can certainly identify whether or not there’s an illegal prostitution operation going on. And you can arrest those individuals that are soliciting prostitution without going as far as putting everyone under their microscope and potentially videotaping, everyone that’s going into those facilities. We have had many cases where legitimate customers go in to get massages and are never engaging.

Robert Bianchi: Why, why would it be or would it be given today’s technology, would you actually go to an assistant Prosecutor, which is the way we would have to do it before you could go get a search warrant. You need to run that past a lawyer. I don’t know what occurred here. Would you even think of asking an assistant Prosecutor to have a videotaping, recording equipment in a case of this low-level kind of offense?

Cpt. Jeffrey Paul: Not In this case, no.

Robert Bianchi: Yeah. Gene Rossi to the law on that. I took a look at the affidavit and interestingly the affidavit refers to a case that they said they would comply with. And it would appear from a lawsuit filed by John and Jane Doe’s, 31 individuals who were completely innocent. They did nothing wrong but yet they were being videotaped and video recorded in various stages of undress and even being naked. I find this to be a gross abuse of the fourth amendment in this way. That case that they cite told the judge that they would also take into consideration minimization. Talk to us about what minimization means. And apparently that did not occur if people are filing suits to say, I was videotaped doing nothing wrong but I was naked. Come on.

Gene Rossi: Mineralization is this, you have a wiretap, your monitoring a phone and the police get a search warrant. FBI, DEA and you’re telling the court we’re going to monitor these phone calls, but when they are talking to a priest or rabbi, a spouse or there’s conduct that is clearly not criminal, we’re going to shut the wiretap off. And that’s how it’s approved. I got to tell you, this search warrant is so broad that it’s going to fall outside that famous Leon case, the Good Faith case, because it just says, hey, we’re going to videotape every customer regardless of whether they are engaging in criminal conduct, that is illegal in that wide breadth of that search warrant can put the whole, kitten caboodle if you will, out the window. It could tube the case.

Robert Bianchi: Gene Rossi. We are legal brothers from another mother because I was saying this too and getting critiqued for it. The warranting requirements says particularly specify, and if you look at that warrant, it says any person comma believed to be engaged in criminal activity. Well, apparently, they didn’t particularly describe it correctly, it was too broad, too sweeping, too overwhelming. And in fact, these people had done nothing wrong. And you know what? Legally, I don’t know what’s going to happen, although I suspect it could go either way, but as citizens of this country, what do we expect next? Being videotaped in states of disrobing with a doctor, in a fitting room because they’re to get a shoplifter. It’s really offensive to me. I think they went too far. You should follow the Captain Jeff Paul manner of investigations if you want to do it right, but then the Kraft factor kicked in, and now the cops are on the crucible. We got to go to break. Don’t go anywhere. More passion, more law, more crime, more Jeff Paul, more Gene Rossi. We’ll be right back. 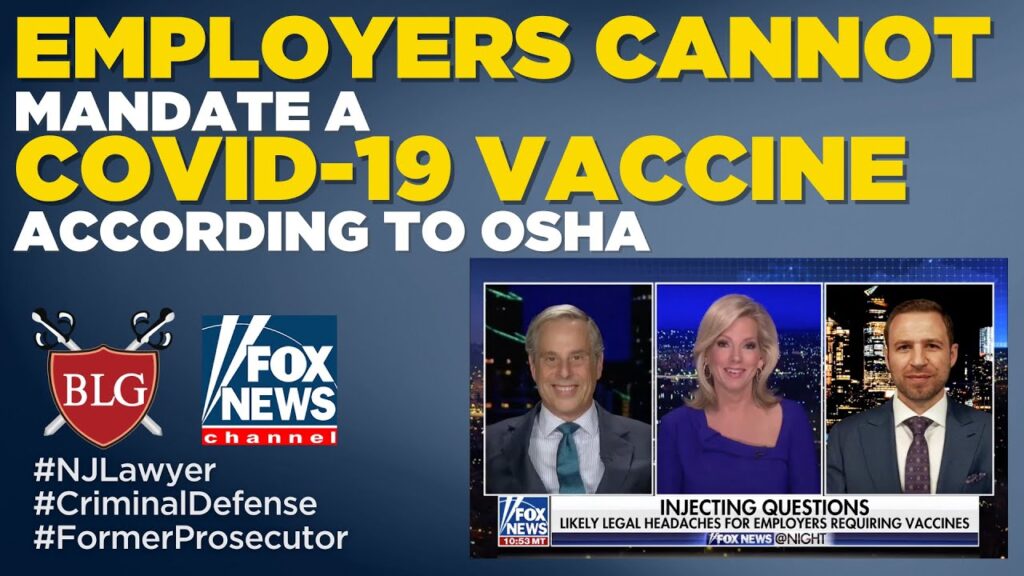