In New Jersey, possession of controlled dangerous substances is one of the most commonly occurring charges. Drug crimes can severely negatively impact your criminal record, which can put you at risk of being ineligible for certain types of employment in the future. A drug charge can change your life, from spending years in prison, to carrying around a criminal record that can haunt you forever. Sometimes, innocent people can get caught in bad situations. If you’ve been arrested for possession of a controlled dangerous substance, you need to work with a criminal defense attorney with a strong understanding of the associated law. Don’t run the risk of letting a drug charge change your life forever.

What Kind of Drug Charges are Recognized By New Jersey Law?

What is Considered a Controlled Substance in New Jersey?

Why is Evidence an Especially Important Factor in Drug Offense Cases?

When an individual is accused of drug crimes, evidence plays a more significant role than arguably any other factor. Law enforcement officers must comply with certain requirements and statutes that dictate how they collect and analyze evidence.

The way in which your evidence was collected will play a large role in your case and will heavily factor into your lawyers angle of defense. In some situations, those charged with a drug crime had evidence collected without a warrant at the scene of the crime. Warrantless police conduct may comply with the Fourth Amendment, provided that the conduct is reasonable under the circumstances. However, if your vehicle, home or personal property was searched without a warrant or reasonable suspicion, this renders the evidence in your case unable to be upheld in court.

In some cases, law enforcement officers fail to properly collect this evidence which can lead to your case being thrown out. Law enforcement officers must have reasonable suspicion in order to search an individual’s car, home, or personal possessions. You must consent to a search if an officer does not have a warrant or reasonable suspicion. Without these two factors, an illegal search and seizure occurs.

Under the United States constitution, the right of the people to be secure in their persons, houses, papers, and effects, against unreasonable searches and seizures, shall not be violated. Illegal search and seizure commonly occurs, and your defense lawyer will uphold this constitutional amendment in court in order to reduce or dismiss your charges.

The way in which your evidence is collected and compiled in a drug crime charge will greatly affect the outcome of your case. Contact an attorney immediately if you’ve been accused of any drug crimes at all. Only a criminal defense lawyer with a breadth of drug charge law experience can assess the unique factors of your charges and uphold the law accordingly. Not all defense attorneys have drug crimes experience, so choose a New Jersey criminal defense attorney with a strong background in drug charge and drug possession proceedings.

What are New Jersey’s Penalties for Drug Possession and Other Drug Offenses?

The United States Drug Enforcement Administration classifies drugs into different categories, or schedules on a federal level, depending on their accepted medical use, potentiality for abuse, and their potency. Possession or an intention to sell drugs that are deemed more dangerous than others will carry more serious penalties than drugs that are less potent or harmful. Therefore, generally speaking, your penalty will differ depending on the type of drug you’re caught with, as well as the quantity of the drug in question.

Some prescription medications are reserved for Schedule V, as they are commonly prescribed and are often taken and administered safely. Being caught with a Schedule V drug will not lead to an arrest as long if you are the prescribed recipient of the medication. As long as you are not found to be taking the drug recreationally, or distributing it to others, you will not be found guilty of a crime. However, if you are not prescribed a Schedule V medication and are discovered to be abusing it, you will likely be arrested and charged with possession of that drug.
Those found to be in possession of drugs in large quantities will be charged with drug possession, but on a more severe scale. A simple drug possession charge becomes escalated when the drug is high in quantity, as now other drug crimes can come into play. Being found with a high quantity of drugs can be considered “intent to sell.” Drug possession with intent to sell greatly increases the type of penalty, often leading to a longer jail sentence and/or higher fine.

Those convicted of drug charges can face months in prison, high fines, community service, and sometimes even court-mandated rehabilitation. Not all drug offenses are the same, and some with more severe drug crime charges may face years in prisons or fines as high as thousands of dollars, or more.

Anyone found to be guilty of a drug crime needs a strong defense attorney with years of success fighting for those facing drug possession charges. Contact a lawyer as soon as you find yourself facing any kind of drug charges, as the penalties can be severe.

Not all defense attorneys are skilled in drug charge proceedings. If you’ve been accused of a drug crime, you could face years in prison. You need to work with a law firm with a strong team of drug crime lawyers who care about your wellbeing and potential for the best possible future. At The Bianchi Law Group, LLC our law office is committed to helping any New Jersey resident accused of a drug crime.

Anyone accused of a drug crime has the right to work with an attorney and the right to a fair trial. At The Bianchi Law Group, LLC, we offer a free consultation for any New Jersey resident facing charges. Our law office is available by phone or email, and our drug crime lawyers pledge to ensure you feel comfortable and confident throughout the entirety of the legal proceedings.

Schedule a free consultation today by calling our firm at 862-210-8570. You deserve to understand the law as it applies to you, and to work with a law firm that cares about your future. 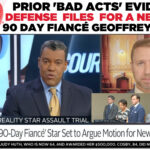 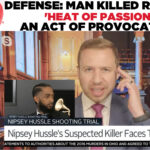 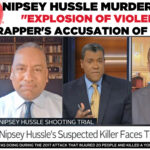 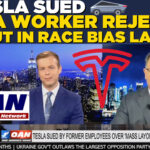