Former Prosecutor and TV Legal Analyst Bob Bianchi appeared on MSNBC to discuss the Bill Cosby civil and criminal cases.  Specifically, we discussed the impact of his wife being compelled to give testimony in a deposition for a civil case filed against Cosby by women who claim they were defamed by him when he publicly denied their allegations by his stating, among other things, that they were”liars.”

The women who filed these civil cases may not pursue criminal charges as the Statute of Limitations that requires a case be filed within a specified period of time, has expired. The defamation they claim in the civil case, however, stems from comments Cosby made recently about them, which from my viewpoint was very stupid for Cosby to have made as it ignited all of his legal woes. As a New Jersey Criminal Defense Attorney and former NJ Prosecutor, I would have counseled Cosby not to give any such statements for this very reason. It has literally opened “Pandora’s Box.”

In addition to the civil case, Cosby was charged criminally last week over allegations that he sexually assaulted one of these women 12 years ago. That case fell within the statute of limitations by one month and is the only case that can be criminally prosecuted.

This situation raises an interesting and common problem in the criminal law. As a NJ certified criminal trial attorney and NJ Criminal Defense Attorney, Bianchi was asked on MSNBC about his opinion as to what extent Cosby’s wife’s testimony may affect his criminal case in Pennsylvania.

There is a concept in the law called Spousal Privilege. In all states, the Spousal Privilege, to one extent or another, limits the ability of a spouse to be called as a witness against the other spouse in a legal proceeding. The purpose of the rule is to promote “marital harmony” among spouses, and is one of many privileges in the law (like the doctor/patient privilege) that has been in effect for a very long time.

Cosby is criminally charged in Pennsylvania, but his civil case is being handled in Massachusetts. While both states have spousal privilege, they are slightly different. Massachusetts specifically protect spouses from testifying in any criminal case against their spouse, but allows testimony in a civil case. In Pennsylvania, there is an outright prohibition against testifying against a spouse in any case, civil or criminal.

Of course, as with all rules, there are exceptions. For example, if one spouse is the victim of domestic violence, then the law in all states allows for that spouse to testify against the other spouse.

Hence, while the civil testimony of Cosby’s case will be interesting, it will have no effect upon the outcome of his criminal case should the case go to trial.  It simply cannot legally be admitted into evidence in his criminal trial.

This brings us to a very important, practical point. Watch as this case moves forward regarding what evidence the court will allow to be introduced at the criminal trial regarding the other women who claim they were sexually assaulted by Cosby, and for which he is not charged.

Here is where the court of public opinion will be vastly different from the court of law. As our former NJ Prosecutors at The Bianchi Law Group we will explain as this case proceeds how in our opinion under the Rules of Evidence much, if not all, of the evidence that the public has been hearing about from these other women, will not be admitted into evidence at trial.

It is our belief that the prosecution, in this case, will have a very difficult time proving it beyond a reasonable doubt to all 12 jurors due to these significant evidence issues, as well as other issues that are developing in this case.  We will continue to discuss this case moving forward.

This is a fascinating case from a legal point of view. Any member of the public would be well served watching it, as many real life legal evidence rules will be exhaustively argued in this case. 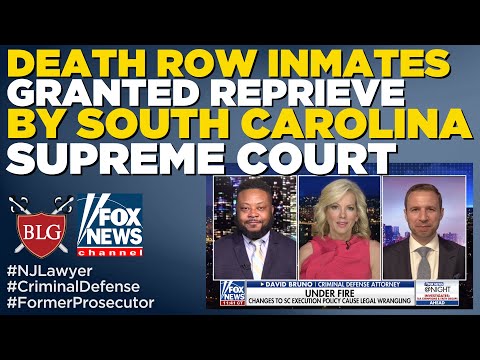