Chris Watts killed his wife and 2 little children, disposing of his children’s bodies in vats of crude oil. It was a heart wrenching, cold, heinous case that captured the nation’s attention. But, the trauma continues. I was very critical of prosecutors for not mandating he fully confess and give the details of the motive, so that the family could have closure—before taking the case out of the death penalty and allowing him to plead guilty to a life sentence. As I suspected, we have now opened a never ending saga where those involved will offer details of the murder after the fact. We discuss the new developments from a lawyer who claims to know why Watts did such a callous and inhumane killing on HLN with Shyann Malone.

Shyann Malone: Bob Bianchi is a host with Long Crime network and he’s a former head prosecutor for Morse County in New Jersey. He joins us now, Bob, good morning. Talk about Chris Watts, he initially told police that he killed Shyann killed the girls, and then he killed her. What’s your reaction to hearing this new information now?

Robert Bianchi: I’ve been a homicide prosecutor for most of my years and I’ve got to be honest with you, this is a special kind of guy. I mean, it’s not unusual to say where are they, oh my god, what happened? But he actually points the finger at the mother when he was the one person that actually did this. And Shyann, something shocking to me, I probably prosecuted over a dozen cases where children witnessed the murder of one of their parents, but this is the singular one in which this individual decides to kill them so they can’t be witnesses against him. I got to be honest, when I saw the sentencing, with the family getting up there, the victim impact testimony, it’s got to be one of the most horrific murders I’ve ever covered.

Shyann Malone: And you see, you know, the photos on social media, and this life that they lived. You know, girls calling their father a hero, it doesn’t seem to add up. The attorney for the Watts family though, he also told Dr. Phil about, you know, new information that he said, where Bella was when all this was happening. Take a listen to this clip:

Steven Lambert: “Bella did not witness the actual killing of her mother Shyann, it was not until Chris was in the process of trying to dispose of Shyann’s body, essentially wrapping her up in the sheet. While he was doing that, Bella walked in and asked, what are you doing with mommy?”

Dr. Phil: She knew something was wrong because?

Steven Lambert: She’s four, we’ve been told she’s quite smart, she was, was quite smart. And knew something likely was up. And what he said was, mommy is sick, and we need to take her to the hospital, to make her better.

Shyann Malone: Wow. After hearing that, you know, is there anything that prosecutors can do with this type of information? Can they reopen the case? Change his sentence, because obviously he’s serving back to back sentences here? So, what else can they do?

Robert Bianchi: Well Shyann, I’ve been very critical with the prosecutors in regard to the fact that they took this out of the death penalty and offered him this plea. With a heinous murder of three people, basically wiping out these beautiful people. And they never demanded a full debrief of the defendant in order, or in exchange for that plea bargain. And I felt that that was a really bad thing to do because you’re not giving the family closure and you’re allowing revelations like this to come out. We believe afterwards, I’m not sure the cops new this beforehand, but if they didn’t which is the data we’re getting, and they’re finding out afterwards. Well shame on them if in fact those are the facts. But there’s really nothing more that can be done legally. He has plead guilty, he has been sentenced, and that is the end of this case criminally.

Shyann Malone: It’s a story that just becomes more and more devastating as more details come out. Bob Bianchi, thank you so much. 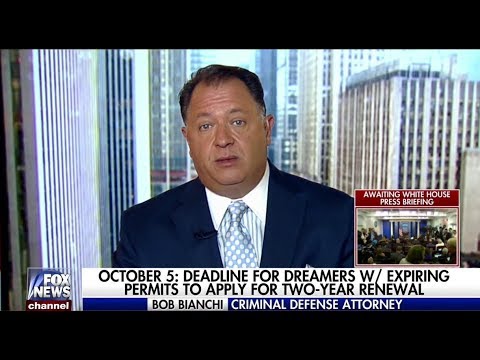