David and Cheryl also discussed the College Admissions Scandal and the two Chinese families who paid Rick Singer 6.5 and 1.2 million dollars for their children to fraudulently enter college.

Mazie Hirono: Being Attorney General of the United States is a sacred trust. You have betrayed that trust. America deserves better. You should resign.

Cheryl Casone: The Attorney General says he will not attend a scheduled house hearing today. Let’s bring in former Prosecutor and Criminal Defense Attorney David Bruno. And I love the DOJ statement on all of this that they put out because in their statement they said, look, the majority of the House Judiciary Committee, including Sherman Nadler are themselves attorneys. She wanted to have staff attorneys. Question.

David Bruno: Yeah. Well, he testified yesterday for the Senate, answered all of their questions and so today what they wanted to do, what the house wanting to do is have staff interview him, and this is a Senate confirmed position. The house should actually do it. They should do it themselves, just like the statement says, and it doesn’t mean it’s not going to happen. He’s just saying, I don’t like this procedure. Subpoena me. He’ll be back. No question.

Cheryl Casone: Well, let’s talk about this because the Judiciary Committee, of course now on this no-show news is threatening to hold him in contempt as you mentioned, but also, they’re going to issue subpoenas to the Justice Department. They were given a lightly redacted version of the Mueller report and Nadler said that he didn’t even read it.

David Bruno: Yesterday Barr or testified that the copy that Nadler got is one 10th of 1% redacted. Okay, so it’s essentially the entire thing, but they’re going to push, they’re going to try to get this entire report. They don’t deserve to get it. The federal statute doesn’t say they have to get it, and that’s a losing argument for the house. However, if they want Barr there, if they do subpoena him, he will have to go. That’s a different issue as opposed to the report.

Cheryl Casone: All right. Could I mean, could these legal actions though, take effect against the Attorney General because look, there’s, these are co-executive branches of the United States of America. This is the way the constitution was set up. It seems that there is a big crossing of the line happening here.

David Bruno: They can, if they subpoena him, but they haven’t done it yet. So, they’re barking about this contempt. They haven’t even subpoenaed him yet. Can it happen? Yes. Eric Holder was found in contempt or held in contempt by the house. You know, he was the Attorney General so they can. But he said he will be there so long as the staffers aren’t going to be doing the questioning.

Cheryl Casone: Okay. Really quick. I want to ask you about the college admissions scandal. Blockbuster report coming out that this Chinese couple paid six and a half million dollars to Singer to get their child into, I believe it was Stanford. So, are we not done, are we going to get more indictments do you think in the college admission scandal?

David Bruno: So, I’m sure we’re going to get more indictments, but, but you bring up an interesting issue. That families not charged, 6.5 million. There’s another Chinese family, 1.2.

Cheryl Casone: Why because they’re Chinese? David is that it?

David Bruno: I guess the justice has to make a decision there. They had no problem charging the Russians and the Russian interference investigation. What’s the chances of them getting those defendants too, right? So, I have a problem with it. When you have Hoffman pleading guilty to 15,000 and Loughlin being charged with 500,000, let’s bring the 6.5 million as well.

Cheryl Casone: Yeah. There’s also another Chinese student as well, as we both know, that’s 1.2 million. It’s crazy. David Bruno, thank you so much for being here. 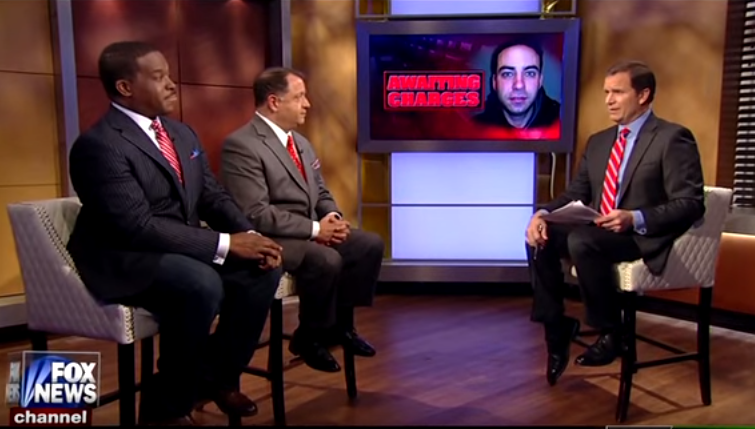 Manafort Trial goes to the jury. Bob Bianchi breaks it down on MSNBC – 8/16/18