Bob Bianchi appeared on Fox News @ Night with Shannon Bream and Jenna Ellis to discuss the lawsuit filed by innocent patrons of a massage parlor that police recorded while they were naked as part of the sting that led to the arrest of Robert Kraft. Is this legal? We debate it!

Shannon Bream: Okay, time now for an NFL themed night court, Patriot’s owner Robert Kraft is fighting the release of undercover video, allegedly showing him at a massage parlor in Florida. He’s not the only one, a group of 31 other customers who say they did nothing wrong and they’ve actually been charged with no crimes. Well, they’re also suing over the recordings. Let’s bring in our legal eagles tonight. Criminal Defense Attorney, Bob Bianchi, and Constitutional Law Attorney Jenna Ellis. Kraft, by the way, has pled not guilty to the prostitution charges stemming from his visits to the spa. Welcome to both of you.

Robert Bianchi: Thank you so much for having us Shannon.

Shannon Bream: Okay. So, Jenna we’re going to start with you. In Sports Illustrated, they talk about this case under the headline why Robert Kraft’s legal team could have trouble preventing the release of day spa videos. This is our exhibit A. They say the officers who got these warrants, Kraft’s lawyers maintain, did no undercover work, failed to speak with spa employees or former spa employees to assess their erroneous suspicion of human sex trafficking. And used a fake bomb threat as a ruse to get spa employees to leave the building. Thereby allowing them to get in there, the police to install hidden cameras. Jenna, how do you defend that?

Jenna Ellis: Yeah, well law enforcement has always been able to conduct surveillance that is according with advanced technology. And so, under the fourth amendment there’s a reasonable expectation of privacy and that’s something that really has kind of gone away with the advanced technology. And so as long as there is a legal basis and clearly a judge said that there is a legal basis to have these cameras installed, I think that the surveillance, especially of Kraft because he has been charged, isn’t really the issue here so much as with the other 31 people, if there were actual recordings that are kept, that may pose a problem. But the surveillance generally I think is fine because let’s think about its Shannon. I mean everyone expects now with advanced technology we all can wear, you know, Go pros even at TSA, at the airport. If you step outside your home and even in your home with Alexa, even everyone expects that you might be on camera anywhere. So why should law enforcement not be able to use the same technology?

Shannon Bream: Maybe not when I’m getting a massage, got to rethink that. Okay, so exhibit B, this is also from the say, oh, this is from an AP article talking about these videos. And they talk about the officer and how he went about getting the warrant. He said, I understood this was not just a regular massage parlor, but one that was in illicit massage business. Sharp, the detective here, the officer said his team began pulling trash from the spa’s outdoor bin that showed evidence of sexual activity. He also sent in a female health inspector who told him she believed women were living in the spa. By January, Sharp received a warrant to install hidden cameras inside. Bob, he convinced a judge. So why is this no good?

Robert Bianchi: Shannon, I was the person who used to authorize these kinds of operations. So, it’s a little bit disconcerting to me first off, that these guys can’t figure out how to do it the good old-fashioned way without the need for surveillance cameras. That said, when you look at this warrant, they say that they will only go after people they reasonably believe may be involved in prostitution. They actually cite a case inside of the warrant application to the judge through the affidavit that says that they will do everything they can to minimize. That’s a fancy law enforcement term to say, we’re not just going to have a recording going on all the time, capturing all people who nobody knows whether they’re involved in criminality or not. We’re going to use a very focused monitor. If we see illegal activity, we turn on record. Apparently by the looks of this lawsuit, that did not happen and they recorded people who did absolutely nothing wrong. So, the idea that we could say that we’ve gotten to a point in our country where our privacy is no longer existent in a doctor’s office, in a bathroom, when you’re getting a lawful massage is really disconcerting because technology does not trump the constitution of the United States.

Shannon Bream: Okay. We all agree that from here on out massages, with all of our clothes on, I’m keeping the robe on. I’m not changing clothes because you just never know. Bob and Jenna, you have major arguments. So, we’ll let the folks at home be the jury and tell us what they think on Twitter at ShannonBreamer@FoxNewsnight. Vote and let us know. They’ve made excellent arguments on both sides. Thank you both. 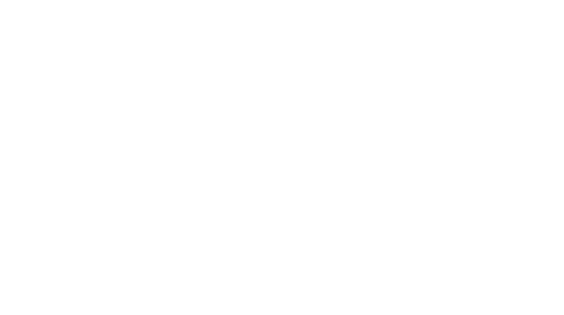