There are many unanswered questions about the facts supporting the charges against the Baltimore police officers and there are some disconcerting aspects of the case already that warrant a review.

Firstly, as a New Jersey Homicide Assistant Prosecutor, I have investigated and prosecuted many murder cases throughout my career and has the head County Prosecutor had to make the “calls” on cases such as these. Here are my thoughts:

1. This case is complex. However, it was investigated and charged in only 19 days. This is nearly an impossible timeframe if the investigation is being done thoroughly and with the diligence to ensure success at trial. Without belaboring the point, this says to me that this was a pre-determined and rushed decision;

2. Any prosecutor of skill knows that in a case like this use of the Grand Jury is a must to properly investigate a case. The subpoena power, ability to compel witnesses, get some officers to possibly testify to “lock in” their testimony, and for many other reasons, is imperative. By filing these charges, she lost a critical ability to use the Grand Jury effectively in this way;

3. The prosecutor admitted at her very unprofessional press conference that based upon the investigation she does not know how, when, or who caused the injuries to Mr. Gray! What? This is essential to prove any homicide case. Was Mr. Gray injured during the arrest, in the police van, during medical treatment, did he have an alleged spinal cord surgery the week before?  Was he injured by police reckless disregard to Mr. Gray’s life, Mr. Gray’s own acts, or a combination of these events? Prosecutors do not work with unknowns bringing a case before juries. When they do, expect a loss by way of a not guilty finding.

4. The prosecutor states that she only received the autopsy that day! This is an imperative document. The fact that it indicates it was a “homicide” only means that the death was not natural, suicide, natural causes, or by an accident. It is not a legal conclusion whatsoever, a fact the prosecutor (who has very little experience and no homicide experience) should know. To rely upon that finding as a legal conclusion is breathtaking. Additionally, in a case where the manner of death is so convoluted, a more detailed, perhaps another autopsy, is warranted. To get an autopsy the same day you file charges says to me this was another rush to judgment and was only window dressing, not a deliberate attempt to get it right;

5. Failure to provide a detailed arrest affidavit tells me there is a problem with the prosecutor’s proofs. She had an extensive press conference and she indicated that it would be unethical for her to answer questions about the evidence. This is true. The only problem is, that is exactly what she did with evidence that she claimed supported her charges [a serious ethical breach] but refused to supply evidence that seemed to challenge her conclusions. Only at that point did she decide to invoke the ethical prohibition for her to discuss evidence. Very telling in my opinion. And, any prosecutor knows that in a case like this it is perfectly acceptable to provide a very detailed discussion of the evidence in an arrest affidavit, which is a document that is available to the public. Why she did not do this common practice means to me she is either unskilled or perhaps hiding the weaknesses in her case;

6. This case as overcharged. It is a long legal discussion but it is clear that she filed charges that she will not be able to prove. And, when there is a not guilty on those charges people will claim there is no “justice.” No, the injustice was charging defendants with crimes that the prosecution cannot prove beyond a reasonable doubt to 12 jurors.

7. Press conference- As a former lead County Prosecutor that has handled many press conferences, this press conference was very disturbing to me in its tone. Her speech was wrought with political overtones, which is an ethical violation for a prosecutor. She admitted and made clear that she was listening to the voices of demonstrators “across the nation.” Huh? She is only to look at the law and facts without being persuaded by public opinion. This is a very basic concept in the area of prosecutorial ethics. It was an amazing admission that again tells me this prosecutor is not up to the job. She (as other prosecutors such as the Duke Lacrosse prosecutor) could lose her license to practice law over such comments.

8. After her press conference, she did media shows that had nothing to do with her official duties, but rather, were PR stunts to for her to justify the charges she filed and to assert her belief of the defendants’ guilt. Holy cow, this is an egregious violation of a prosecutor’s ethical rules. Cases are to be tried in court upon evidence, and not in the court of public opinion. And, ironically she has given the defense a lot of legal arguments to dismiss this case for “prosecutorial misconduct”, change of venue, and other legal fallout in front of a jury should there be a trial. This was so in artful, so violative of a prosecutor’s ethical rules, so immature in its delivery, that one can only wonder how well the investigation and charging decisions were made in the first place.

In all, the death of Mr. Gray was a tragedy and one that needs a careful and diligent review of the police officers’ actions. But, these police officers are now criminal defendants, and as such, are entitled to a process that is fair, unbiased, not prejudiced, and done in accordance with due process and the Rules of Professional Responsibility for Prosecutors.

To me, the Prosecutor was thinking about votes (or some other inappropriate factor(s)), and not the integrity of the judicial process. Trust me on this, she will be made to answer for her ill-advised actions down the road. Her comments were outrageous, attacked police officers and prosecutors around the nation, put fuel on a fire nationwide with her incendiary comments about police and was a disgraceful shame to those that honor a system that attempts to achieve justice in every case without prejudice, passion, sympathy or bias. 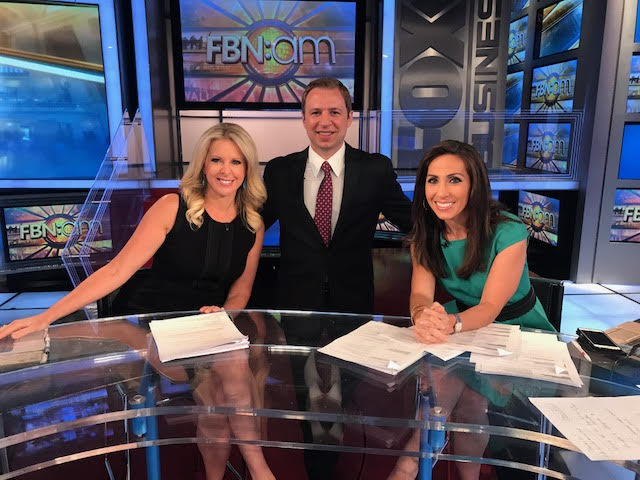 David Bruno on FBN:AM to discuss the 2.7 Billion $ fine levied by the EU Competition Commission against Google- 6/28/17