Robert Bianchi: All right welcome back to Law and Crime Network 2019 is starting off with a bang of trial cases but I’m also looking at a bang in the world of politics. We have Mediaite great Colby Hall with us. Colby, I am looking at an article on my screen I’m not sure I can even believe it. I’m confounded, I’m dumbfounded, I’m amazed, till the season to be jolly. Yeah, I see here incoming GOP Senator Mitt Romney launches 2019 with scathing, scathing, was the word used. I’m reading it word for word, rebuking Trump. That is referring to President Trump and that’s from the Washington post, Colby, where media meets the law, where media meets politics nobody does it better than you. What is happening?

Colby Hall: Well, it’s a good to see you, happy New Year, thanks always. Great to see you Bob. You know, a Senator like Mitt Romney is no stranger to these sort of public eye, and he entered, he’s about to be sort of inducted as the junior Senator of Utah. And he enters DC with a huge splash by publishing a scathing review of President Trump in the Washington Post op-end section. As you can see here, he says the President shapes the public character of the nation, Trump’s character falls short, and he goes on in this sort of long, it’s sort of an intro into what Romney expects to do in DC. But he shot a clear broadside on the Trump administration and letting DC know that he’s not just going to be one of Trump’s lackeys. He went so far as to saying December, Trump’s administration went into deep dissent, which is remarkable turn of events for, it’s not strange to see elected official give broadsides to a sitting President, but for someone from their own party, someone who was previously aligned, it’s a development that will, you know, it’s only going to be fun to follow as it develops over the next week or so.

Robert Bianchi: Yeah, Colby, I’m curious because here’s a guy a lot of people say that the Republican establishment will not come out against Trump because of that strong base, that thirty to forty percent that they are so fearful. But here you’ve got a guy, not coming out of office where most of the Republicans tend to say something but coming into office. So, he must not see a political risk for that, and also what was Trumps reaction?

Colby Hall: Well, Trump comes from the school, the re con school of hot back ten times harder than you got hit. And so, he’s you know he’s well known for hitting back on Twitter, and he did not ignore this you know this became cable news fodder this morning. And we know the President loves to watch cable news in the morning and so he obviously caught that. And he Tweeted back the following, I think we have it her, here we go with Mitt Romney, but so fast! Question will be, is he going to be like Jeff flake? I hope not. Would much prefer that Mitt focus on Border Security and so many other things where he can be helpful. I won big, and he didn’t. He should be happy for all Republicans. Be a team player, and win! What’s interesting in this Tweet is that relative to Trump’s usual disses and rebukes on Twitter, this is a remarkably muted or sort of even soft reply. It suggests that President Trump realizes that in the next two years of this term he’s going, Mitt Romney is way more important to Trump, that is to say Senator’s Romney potential support of the Trump administration is way more important to President Trump than reverse. So, this is a sort of a telling moment were President Trump was actually kind of nice in response to Mitt Romney.

Robert Bianchi: You know Colby, one more question, if you remember back in the early days of this administration, I recall those graphics of Mitt Romney going to his golf club and going to dinner. And there’s all this idea that he may be in the administration, a little bit of bad blood there, no?

Colby Hall: Well, there was a lot of talk that perhaps from you know, sort of, held, you know there’s this old adage the keep your friends close and your enemies closer. That, you know, Romney was pretty vocal against Trump during the campaign. And so, Trump had Romney, sort of in, potentially the Secretary of State, and some suggest that he was just doing that to embarrass Mitt Romney. So, you’re right, there could definitely be some bad blood. Romney, I think looked the part of Secretary of State but he was not aligned, and of course that went to Rex Tillerson, for reasons that we don’t know. And another interesting development, the Ronna McDaniel who is the head of the RNC, she Tweeted a response to this. Ronna McDaniel tweeted that, you called out Mitt Romney as POTUS is attacked and obstructed by the MSM and Democrats. After an incoming Republican freshman to attack at real Donald Trump, as their first act, feeds into the Democrats and the media, and is disappointing and unproductive. It’s, you know, it’s hilarious that she would go after Mitt Romney, who is otherwise known as Uncle Mitt. That’s right, the RNC chairman Ronna McDaniel is actually Mitt Romney’s niece. So, she was put in a really tough spot right there. There is the sort of, GOP on GOP battle, she had to pick sides, and who did she align with? This was ac act of fielding your loyalty towards President Trump, in saying, sorry Uncle Mitt, I have to do my job, I’ve got President Trump’s back. So, it’ll be an interesting holiday at the Romney house with Ronna McDaniel and Uncle Mitt talking about this battle.

Robert Bianchi: From the media point of view, I’ve seen some Kinks in the armor a little bit, even Fox, I think we did it earlier, back in 2018 towards the end of ‘18 where they started questioning stuff regarding the immigration policy. Is this the beginning, is this a watershed moment, where somebody’s standing up, coming in there saying, I really don’t care about your base, I don’t care about any fear of you. I’m coming in here having won an election, I got six years of a term. Can he start to turn the hearts and minds of other Republicans?

Colby Hall: Well, you know, we’ve been saying that this could be a watershed moment for pretty much two years now. And, you know, this President even before he was in the world of politics, Donald Trump lived in the world, he was the most comfortable person in the world of chaos. He played with loans, he played with debt, he played with bankruptcy, and yet he always survive. So, you know, people have been saying that this is the tipping point at the end of the Trump Presidency, well at least the support of the GOP, but we still haven’t seen it. So, your guess is as good as mine, I suspect that he’s going to keep going.

Robert Bianchi: Well, Colby Hall listen, Mediaite, I love what you guys do. I always love having you on as a guest. This is really a dramatic, you know, break in departure from the typical Republican decorum so for in the last two years of his Presidency, Colby, and with a now Democratic Congress coming into play, these could be the little ingredients that start to make a, it’s going to be tough on Trump stew. I don’t know.

Colby Hall: That’s exactly right. Bob, thank you for having me.

Robert Bianchi: Always a pleasure Colby, thanks so much. 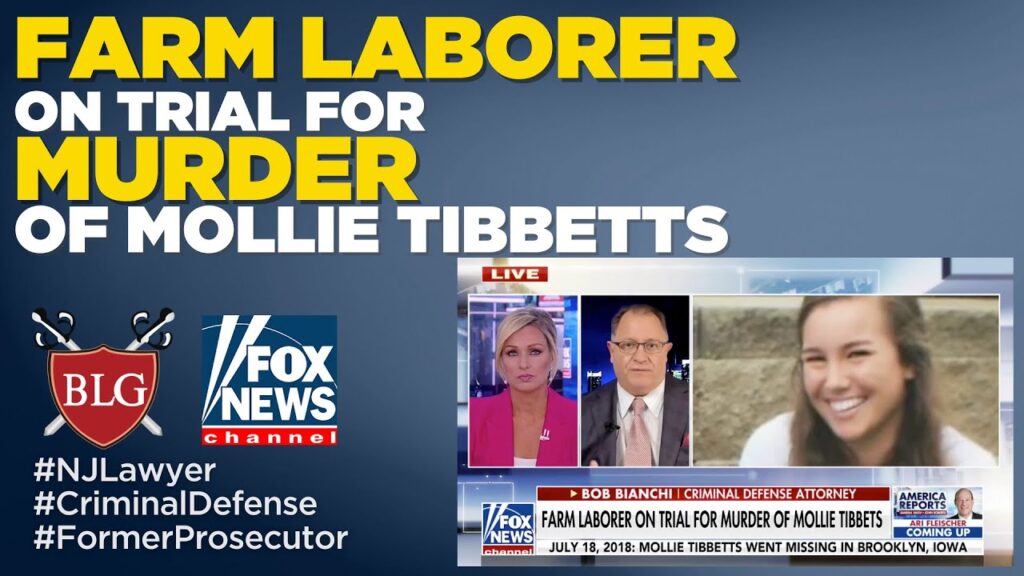 #RobertDurst : Amazing interview with Ellen Strauss about her quest for justice for her friend, Kathleen Durst – 10/15/18