The missing person’s case of Kelsey Berreth has now turned into a murder case, even though her body has not yet been found. Patrick Frazee, her former boyfriend and father to their daughter, was charged with her murder. We discuss the latest developments of this case on HLN.

Introduction: Patrick Frazee was booked on first degree murder charges when he was arrested. The District Attorney’s office filed five felony counts against Mr. Frazee, two counts of first-degree murder. It seems completely out of character. A Colorado man who’s suspected of murdering his fiancé will face a judge. They filed under two theories, one is deliberation murder and the other is felony murder. A lot of people that knew him were completely shocked and surprised.

Mike Galanos: Patrick Frazee, a Colorado man accused in the murder and disappearance of his fiancé Kelsey Berreth, expected back in court next hour. He’s going to learn whether or not he’ll actually see the arrest affidavit, and more importantly, the actual evidence Prosecutors are mounting against him. All this while police in Twin Falls Idaho say, they are returning what they’re describing as sensitive evidence, to Colorado investigators. To help sort through all this let’s bring back a friend of the program, he’s a former Prosecutor following this case very closely. Let’s talk about whether not Frazee should see this arrest affidavit that’s what’s at stake today, and what we’re going to find out. Give us two sides, if your Prosecutor, why don’t you want them to see it right now?

Robert Bianchi: Well, Prosecutors are arguing Mike is that first, well they don’t have the body yet and if there’s other evidence and potential witnesses that they are still trying to investigate. What they are alleging is that if they release the arrest affidavit with the specific facts of why it is that they arrested him, that the defendant and or others, may either attempt to destroy evidence, move the body. The investigation may be potentially dangerous for witnesses who apparently cooperated with law enforcement. So, what they’re asking of the court is, hey Judge we don’t need to give this to them right now until our investigation is complete. Now, that can’t be a definitely, Mike, because eventually the due process rights of the defendant to know the evidence against him. They will eventually have to turn it over, they’re just trying to tell the court, Prosecutors, hey Judge, let’s just slow it down a little bit here.

Mike Galanos: Got you, because the time line reportedly is one week, that’s how long he will not be able to see this arrest affidavit, then the twenty ninth of January, that’s when we’re going to get a preliminary hearing and more evidence will be unveiled at that point. Do you think that’s a fair time line for both sides?

Robert Bianchi: It’s hard to say on the Prosecution side, I, it’s taken me months to come to a conclusion. I’ve actually sealed arrest affidavits myself with the permission of the court, until I was concluding it. But if the Prosecutors believe that they could do everything they need to do in a week, then so be it, that’s certainly is not going to harm the defendant’s ability to confront the evidence against them because we’re in such a preliminary stage of this.

Mike Galanos: Got you, the other point I mentioned, you know, potential sensitive evidence going from Idaho to Colorado and also a woman suspected of discarding Kelsey Berreth’s cell phone, which we know had pinged a couple of days after she was seen at a grocery store in Colorado. So, tell me about that side of it here? This woman being looked into, phone chucked, how does that impact things?

Robert Bianchi: Yeah, this is a significant factor very favorable to the Prosecution from the looks of it. They’re indicating that this person who is connected to the defendant, to Frazee, actually had the phone, managed to manipulate the phone. Mike, like you might remember that when the phone was calling, pinging off towers in Idaho, and sending messages to the victim’s employer, saying that she was going to be away for a week or two. This nurse in Idaho, may be the individual that was doing that. The major thing that’s important here is that it’s connecting somebody that the defendant knows to the crime, the Prosecutors will have now additional evidence to show that it’s Frazee who was the person because he gave this phone to the nurse. The nurse might actually testify on behalf of the Prosecution, we don’t know yet. And remember, in this case we’re finding out that’s very important is that apparently the defendant Frazee had been planning this for about two months. So, all of these factors together will make this a very solid premeditated murder case, and what that means is all these possible defenses like passion provocation or manslaughter, or all the things the Defense lawyers try to do to lessen the gravity of a premeditated murder are going to go out the door with the development of this new evidence.

Mike Galanos: Yeah, and to complete that time line, looking at the charging documents, authorities believe Frazee tried to find someone to kill Kelsey three times between, as you mentioned, September and November. That could’ve been the same person asked three different times, three different people, all that I’m sure we’ll find out in due time, what the authorities believe. Great work Bob, thanks again. Bob Bianchi on the story for us. 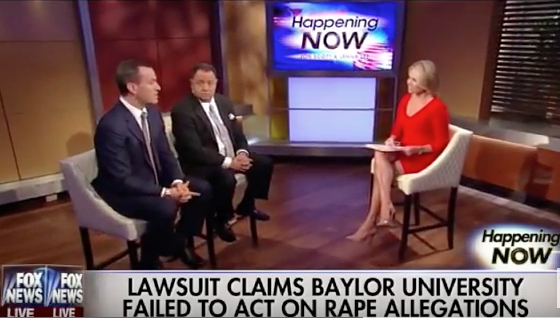