I was privileged to be on Fox News Happening Now with host @JonScottFnc and co-guest @LisWiehl to discuss the case of the murder of a real estate agent who was lured to a home listing where the murder took place.

#AaronLewis is alleged to have conspired with his then estranged wife to lure the real estate agent into a vacant home and then held her for ransom. During the plot, and yet to be explained, the victim was killed.

On the show, Bob Bianchi and Lis Wiehl discussed the interesting trial including how the statement Lewis gave to police was thrown out by the judge, and significant physical evidence was also thrown out due to constitutional violations committed by the police.

As a former head New Jersey Prosecutor and a person that has tried many murder cases as a prosecutor and NJ defense attorney, it is sad to see such valuable evidence suppressed. Now practicing New Jersey Criminal Defense law, the NJ Supreme Court Certified Trial Attorneys at The Bianchi Law Group having been former prosecutors know well how sloppy police work can result in advantages to criminal defendants.

While the evidence in the Lewis case is still strong, the work of the prosecutor in proving its case has taken a significant blow. No prosecutor wants to see any evidence, especially statements of a defendant and/or physical evidence was thrown out.

When I was the Morris County Prosecutor, crimes against real estate agents was a common occurrence. We were asked to speak to these agents to “target harden” or show tips on how agents to protect themselves from becoming victims of murder, robbery, and/or rape, just to name a few crimes I have seen committed upon these professionals.

Real estate agents should know that they are a vulnerable population where people intending to do harm know that many times the agent is alone in a vacant home. This makes them easy targets.

We hope that real estate agents follow tips to help protect themselves, and encourage them to reach out to the police and/or prosecutors’/district attorneys’ offices in their regions and ask for tips and/or training on how to protect themselves. It is well worth it! 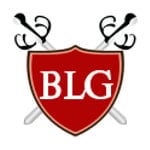