Issues surrounding Miranda Rights and whether an accused defendant was fully aware of their constitutional 5th amendment right to remain silent have come up in many court cases, including cases heard by the United States Supreme Court. Given that the circumstances vary each time a prospective defendant is arrested, it can be complicated for courts to determine whether the defendant understood and voluntarily waived their constitutional rights before giving an admission or confession. Recently, a New Jersey case named State v. Hager shed light on essential nuances related to Miranda rights and how they are interpreted within the State of New Jersey. As with all constitutional rights, it is vital to be aware of those legal processes. Awareness is especially so in cases involving crimes that can impact the liberty of a citizen. As a Supreme Court Justice once noted, the 5th Amendment right to remain silent protects the guilty as well as the innocent.

One of the critical issues argued in State v. Hager was whether the omission of one of the Miranda warnings during a custodial interrogation adequately conveyed the warnings’ substance.

In State v. Hager, the defendant was charged with a three-count indictment with third-degree terroristic threats, fourth-degree resisting arrest, and second-degree certain persons not to have weapons. These charges were related to an altercation at the defendant’s home, which caused responding officers to place the defendant under arrest. During the custodial interrogation at the police station, it is undisputed that the defendant was administered incomplete Miranda warnings. After the insufficient warnings, the defendant disclosed a BB gun’s location in his home, leading to the issuance of a search warrant and seizure of the weapon. At trial, the defendant’s statement was admitted into evidence and used against the defendant to prove his guilt. The defendant was convicted of a lesser disorderly person offense of resisting arrest and negotiated a guilty plea to an amended charge of third-degree unlawful possession of a BB gun. The defendant appealed, arguing that the incomplete Miranda warnings were inadequate to inform him of his constitutional rights properly, and that the statement should not have been admitted into evidence at trial. . The appeals court agreed and reversed the defendant’s convictions.

State v. Hager brings up many important issues related to the timeline of an arrest and how and when Miranda rights are delivered by arresting officers–especially when police officers do not advise the defendant of each right required by our Federal and State constitutions. State v. Hager illuminates the Superior Court of New Jersey, Appellate Division stressing that there is a privilege of protecting oneself against self-incrimination. The Court emphasized that words that convey the warning’s substance and the required information are essential to satisfy the Miranda requirement.

At The Bianchi Law Group, LLC, we focus on Criminal Defense and Domestic Violence cases. Both partners, Robert Bianchi and David Bruno, are former prosecutors who prosecuted and tried a wide range of crimes including murder, manslaughter, death by auto, sexual assault, and domestic violence charges. As Criminal Defense attorneys in New Jersey, we represent defendants charged with crimes and plaintiffs and defendants in domestic violence restraining order hearings.

The Bianchi Law Group, LLC partners Robert Bianchi and David Bruno, are former prosecutors. They have handled the investigations and prosecutions of crimes in New Jersey. They are 2 of only 250 other attorneys who have earned the coveted distinction of being designated certified criminal trial attorneys by the New Jersey Supreme Court. Robert Bianchi and David Bruno regularly appear as national legal analysts to comment on most major news networks such as Fox News, CNN, HLN, MSNBC, Fox Business, and the Law and Crime Network.

Contact us at 862-210-8570 to schedule a consultation to discuss how we can potentially assist you with your upcoming case.

The Bianchi Law Group, LLC has prepared the content for general informational purposes. The content should not be considered advice, recommendations, or an offer to perform services. You should not act upon any information without seeking professional legal counsel from an attorney licensed to practice law in your jurisdiction. No representations are being made as to the completeness or accuracy of the information. Nothing herein is intended to create an attorney-client relationship and shall not be construed as legal advice. 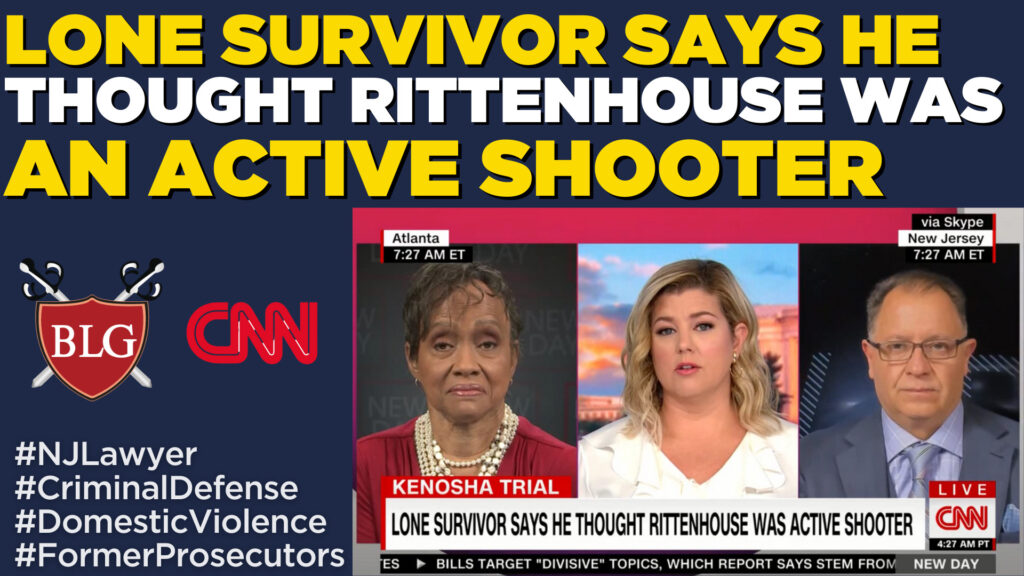