The redacted Mueller Report is expected to be released to Congress this week. It should be an amazing insight into how the federal government operates and into the Trump campaign. I discuss on Fox News.

What to Expect in Mueller Report

Molly: Attorney General Barr gearing up to release a redacted version of the Mueller report to Congress, which he says could come as soon as this week. Joining me now for a little more insight on all of this, former Prosecutor and Criminal Defense Attorney, Bob Bianchi. Bob, thanks for joining us. I want to just kind of kick things off with how excited are you to see this report?

Robert Bianchi: Molly, I’m like a kid that’s waiting for Santa Claus on Christmas. The anticipation is unbelievable and my only hope is it’s not going to be gift wrapped in impossible paper to get off to get to the present. That is by overly redacting the report. Everyone on both sides, Democrat, Republican, those that are in between, those who don’t care are entitled to know as much information as they can get on what, I think is going to be an amazing insight into how the federal government operates. And into the Trump campaign and all of these issues.

Molly: When we talk about it, that side of this. The Trump campaign, there was a considerable criticism on the part of the attorney general or talking about, whether or not it was warranted and we used the word spying at one point. But the President’s Attorney, Rudy Giuliani has essentially said that they’re ready for this, take a listen.

Rudy Giuliani: We’re ready and we’ll, we’ll be ready for anything they throw at us. I suspect it’ll be, you know, nothing that we’re not prepared for. I haven’t thought of or the President hasn’t thought of that. We were ready for three months ago and the reality is there was no collusion. It’s a joke, but it’s worse than a joke. It was a set up. It was a specific conspiracy to frame him. I think the facts are starting to come in on that.

Molly: And he seems to be kind of enjoying getting the chance to say this at this point in time. What do you, what do you think is in there? Do you think the White House should be at all concerned?

Robert Bianchi: Yeah, you know, you’ve got to remember something just because they don’t come up with a conspiracy, which would be the charge or collusion or obstruction, by proof beyond a reasonable doubt to 12 jurors, as a guy who led an agency, that’s the standard. Doesn’t mean, for example that there’s going to be damaging information in there, i.e., well you may not be able to prove it beyond a reasonable doubt, but there’s significant evidence to show un-toured conduct. So, it has political ramifications if in fact that is what is determined. And you know, it’s interesting to me this concept, and I’m just calling it like I see it, as a person who runs an agency, not as a politician. Is that if those guys were trying to do something to frame the President while this investigation was going on during the election, it’s befuddling as to why they wouldn’t have leaked that information out because it could have been very damaging if it got out to the public that in addition to everything else he may be that is Trump or Trump campaign colluding with the Russians. Rather, what they did really was put out public statements that were very detrimental to Hillary Clinton. So, I just never got that from a sense of standpoint of common sense, Molly.

Molly: Yeah, you talk about the political ramifications potentially with redactions, what people might spin. That doesn’t mean you know then we’ll know what’s in those blacked out lines, and how people will spin that. There’s quite a bit of things that are supposedly going to be redacted, grand jury materials, source and methods, that sort of thing. But here’s the Attorney General on that matter.

Attorney General Barr: Have you overruled Mr. Mueller or any of his team on any redaction question?

Attorney General Barr: One way or the other?

Attorney General Barr: Have you discussed any specific redactions with the White House?

Molly: So, it seems like nobody has some insight into exactly what will not be revealed in this report, so, so what do you think will be those things that we’ll discuss the most that may be under those black lines?

Robert Bianchi: First, Molly, it’s enheartening a positive sign that the Attorney General, because he is a political employee appointee, is not getting in the redaction process. That gives me some distance to say I believe that the Mueller team will do what they’re supposed to do the right way. I think most of us in the country have confidence in him. My number one thing that I’m looking for Molly, in the report is the declination of Prosecutions. That is those they decided not to prosecute, those who were investigated and why they made decisions not to prosecute. The two that would come to mind, mostly for me it would be that Trump tower meeting on June 9th of 2016 with Donald Trump Jr and with Jared Kushner. What were the conclusions with respect to that? Why did the Mueller team get pumped on the obstruction charge? Now I want to see how they were basically doing their report. What did they think that was their responsibility to do? Because it seems odd to us all that they would leave it to, again, a political appointee and then I want to know whether or not they made.

Molly: I was going to say we’re getting; we’re getting a rapid eye. I believe you will not be the only one flipping to certain pages of this report and looking for some of those highlights. Bob Bianchi, thank you so much for joining us.

Molly: We appreciate it. 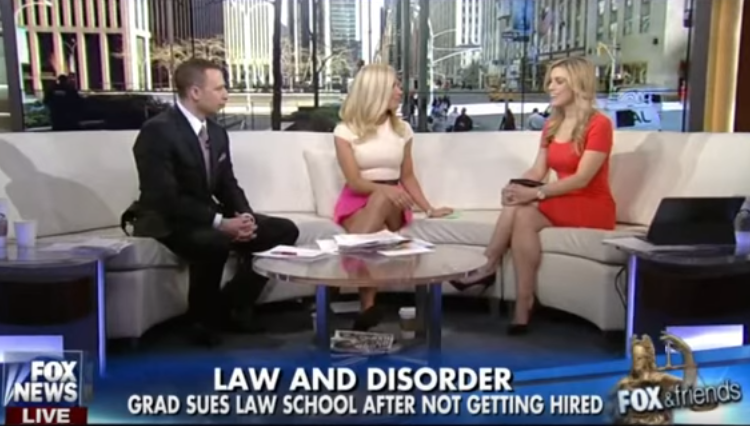