The recent shooting at the YouTube Headquarters, is yet another incident of workplace violence.  The increase in such cases is on the rise.  It is imperative that businesses begin to proactively 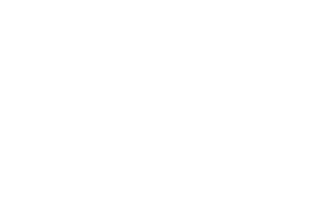 address these issues before tragedy strikes.

In most cases, the response to workplace violence issues is not to “beef up” security after an event, but to train employees and managers on the warning signs of violence. Prevention and mitigation strategies are critical to an effective security program.

This can be done without changing the culture of a company. In fact, we have found (and industry statistics support) that employee satisfaction greatly improves when the employees know that the company cares about their safety, and that industry professionals have shown them how to best protect themselves.  It is a win, win for the company and its employees.

Better yet, decreases in insurance costs many times pays for the state of the art safety programs offered by competent workplace violence specialists.

And, it is imperative for companies to be in compliance with all safety and workplace violence laws and industry standards, such as OSHA compliance as an example.  We have witnessed companies be fined hundreds of thousands of dollars for their failure to abide by these laws.  Amazingly to us, many of the companies did not even know that these laws, rules, and regulations existed prior to being fined and shut down.

Another issue we confront is the erroneous belief that workplace violence only means some kind of physical assault. However, workplace violence is a much broader problem. It is any act in which a person is abused, threatened, intimidated or assaulted in his or her employment. This not only lessens employee productivity, but often has the capacity to lead to protracted legal proceedings, as well as, significant brand damage to the company.

Per the FBI, workplace violence warning signs, less than 4 percent of respondents were able to identify some of the most common warning signs usually seen in potential offenders. These warning signs include changes in mood, personal hardships, mental health issues (e.g. depression, anxiety), negative behavior (e.g. untrustworthiness, lying, bad attitude), verbal threats and past history of violence.  And of course, this all adds up to a decrease in company productivity.

“Early Warning Detection” and “Predictive Analysis,” in addition to data capturing and analysis, such as we at Bianchi Business Consultants, LLC were in charge of when we served as chief executive law enforcement officials, is easily be brought into the private sector so that potential threats are identified and addressed before a calamity strikes.

Through news accounts we are learning some things about this shooting that are noteworthy:

The expert team at Bianchi Business Consultants, LLC are ready to protect America’s businesses.  Our team of experts comprehensively address the scourge of workplace violence from all angles. We combine the talents of our chief executive law enforcement officials, with administrative and legal experts so that all facets of workplace violence can be addressed.