After a grand jury indicted Jussie Smollett, Chicago prosecutor Kim Foxx sent multiple text messages about Smollett, including calling him “a washed up celeb who lied to cops”. She then removed herself from overseeing the case. I discuss on Law and Crime.

Robert Bianchi: Well, it’s a great day here at the Law and Crime Network because I got great guests. We had great topics to cover and the producer actually asked me before I leave at three o’clock, is there anything in particular that I’m interested in actually presenting and there is , I just cannot get over this Jussie Smollett. I’d never heard of the guy before. I’ve never heard of the show before. It shows you how backwards I am. I’m just all about law and crime and since he is involved in law and crime, we’re going to break it down a little bit more with Natalie and Jean. We’ve got a little bit of a precursor here from the great Jesse Webber from the Law and Crime Network. Let’s take a look at it before I’m going to go full tilt against this District Attorney Kim Fox. We’ll be right back.

Jesse Webber: After a grand jury indicted Jussie Smollett for allegedly staging a hate crime against himself. Kim Fox texted. So, I’m recused. But when people accuse us of overcharging cases, 16 counts in a class four becomes exhibit A. Fox’s office later dropped all charges and ignited a firestorm of criticism, including from the Mayor. This is a whitewash of justice. Fox went on to say, Smollett is a washed-up celeb who lied to cops, and basically said Smollett was overcharged. Comparing the 16 counts Smollett faced to the 10 faced by R and B Singer R Kelly. She called R Kelly a pedophile and said, just because we can charge something, doesn’t mean we should. Fox’s recusal has become the point of contention in the Smollett saga, she said she removed herself from overseeing the case after speaking to a Smollett family member, while the case was being investigated as a hate crime, not a hoax. But Fox did not legally recuse herself, doing so her office said, would remove her team entirely and require the appointment of a special Prosecutor. Jesse Webber for the Law and Crime Network.

Robert Bianchi: This makes my head explode. Okay. Because I’m trying to figure out folks, whether or not this was for her own political advantage, personal advantage, whether or not she’s just merely incompetent, whether or not she understands the criminal justice system. There’s so much shade that is thrown on us with those comments. Let’s start with the stupidest things she said, equating this case to the R Kelly Case. She got the line, just because we can doesn’t mean we should. I agree with District Attorney Fox. That’s true, but there’s doesn’t mean that the number of charges, it’s what’s relevant. It’s the manner in which you resolve them. This guy set off a firestorm, a potential racism, lied multiple times to police officers in this case. You cannot countenance somebody who does that because you’re basically undermining lawful, legitimate nonobstructive cases. Now that said, the number of charges doesn’t make a difference. A murder case only has one charge and that’s murder. It doesn’t mean it’s any more or less. These were minor offenses perhaps in your mind and you indicated in your own text that you believe that she should get or he should get rather an alternative disposition. You didn’t even do that. You dismissed it and then the last thing I have to say before I go to our great guests, is what do you think your wool, you’re pulling over our eyes, it’s your very office that presented these cases and these counts to the grand jury. It is the 23 citizens of Cook County that came back with an indictment and said he was guilt, responsible for all these and should be held over. And with all of that, the case you presented, whether it be one charge, whether it be 50,000 charges, you made a decision that the just result for lying, creating racism, deprecating those hate statutes that were there to protect real victims of crime is to dismiss it. Then what the heck did you present it to the grand jury for in the first place? This case gets me so agitated because it’s rotten to its core. Natalie.

Natalie: Couldn’t agree more with you. We have such a divide in this country right now and to add fuel to the fire. Why? Why? I just don’t understand it.

Robert Bianchi: And Gene, this whole concept that’s out there that people think, well, oh, he got 16 charges, R Kelly, only gets four charges and this one only gets one charge for murder. This is it just. These are text messages, so I’m going to presume she was believing what she was saying. It’s not about the number of charges. A number of 16 fourth degree offenses are different than one first degree offense. You don’t base a case based upon the number of charges, you base it upon what the appropriate resolution was going to be and if you going to dismiss it, what the hell did you present it for to the grand jury anyway? I’ll tell you what my thoughts are Gene. She wanted that grand jury to know . She wanted that grand jury to walk away from Jussie Smollett but the prosecutors lost control of the grand jury, which is rather unusual. And they came back with the charges and then she was stuck with them. So, she dismissed them. This just sickens me Gene. It’s disgusting. She should be removed from office. You know what, perhaps worse than a personal gain is these texts demonstrated a complete lack of understanding of how the criminal justice system works.

Gene Rossi: I agree with 99% of what you said, but I disagree that they wanted a no bill.

Gene Rossi: When those prosecutors initially presented to the grand jury, I think Fox, Kim Fox was actually recused, and when they returned the 16 counts, which was way too much. It should have been maybe four. When they returned 16 counts, I think Kim Fox got holy hell from people and then she got back into the case and this, this, this canard that she can’t get off the case. We’ll have to have a special prosecutor. That is absolutely a lie. I want to say that. That is a lie. She used to recuse herself.

Robert Bianchi: Gene, let me tell you, I know for a fact head prosecutors who want the case to go into the grand jury, so the grand jury makes the decision to know bill a case as opposed to them because they don’t want to take the political fire. Whether that happened or not, I don’t know. I don’t think it was overcharging isn’t the issue here. To me, the issue is here is how it’s resolved, and a dismissal isn’t the appropriate way. I got to go. Thanks guys. We’re going to be quick. More Law and Crime, don’t go anywhere.

David Bruno on Fox Business’ FBN:AM- The Upcoming Release of the Nunes Memo- 2/1/2018 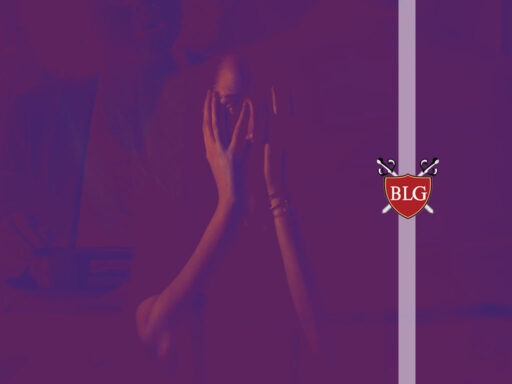