On the Law & Crime Network, host Bob Bianchi covers the latest happenings in the Jonathan Ross Harris trial. Harris was convicted of murdering his 22-month-old son in a hot car death. However, his defense team is appealing based on evidence that was admitted at trial that they argue was prejudicial and does not fall within the scope of normal rules of evidence procedure.

Throughout this video, we see coverage of motions being argued over whether rules of evidence were properly administered in this trial. The hearings are happening via zoom where the defendant, a court reporter, the judge, witnesses, and counsel can be seen and heard.

The evidence rule that is being particularly scrutinized is evidence Rule 404 which is stated as follows:

(a) Character Evidence. (1) Prohibited Uses. Evidence of a person’s character or character trait is not admissible to prove that on a particular occasion the person acted in accordance with the character or trait.

Bob Bianchi follows up coverage of the motion hearing with his analysis of this evidence rule as it applies to the Harris trial. He explains that while the government is arguing that an exception to the evidence rule applies because character evidence, in this case, shows that Harris wished to be child-free, Bianchi argues that the abundance of character evidence allowed in court not only missed the mark on linking a motive but was also completely irrelevant to understanding the facts of the case.

Guest analysts Gabriella Gonzalez and Mike Koribanics join Bianchi in his analysis of this evidence rule. Koribanics details the prejudicial value versus the probative value of evidence. Rules of evidence exist to maintain the true value of evidence allowed in court and allowed to be heard by the jury. Evidence that someone is simply a bad person can easily poison a jury into a conviction that lacks compelling evidence.

Gonzalez also makes a point that a lot of the evidence promised by the prosecution never came to fruition. Not only this, but much of the evidence is circumstantial and could work against the prosecution in appeals court. Overall, the consensus from the panel is that Harris did not receive a fair trial and that the government did not sufficiently prove their case with admissible evidence. 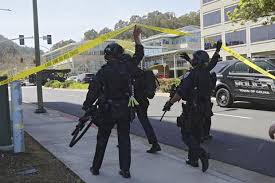