On 4/8/2019, NJ Lawyer and Bianchi Law Group partner David Bruno appeared on Fox News’ Fox and Friends First with Heather Childers to discuss democrats insistent for AG Barr to provide an unredacted report and how that just isn’t possible given the law.

Jerry Nadler: Our position is that he should redact none of it. The Attorney General said there was no, uh, and there was no, uh, obstruction of justice. He decided that, Mueller did not say that. I dismiss what he said. He’s an, he’s a biased, a defender of the administration and he’s entitled to be defended in the administration, but he is not entitled to withhold the evidence from Congress.

Heather Childers: Well, Attorney General Bill Barr facing accusations of concealing critical information in the Mueller probe from the public, and tomorrow he heads to the hill to be grilled by Democrats. Here to weigh in on what we can expect is Criminal Defense Attorney, David Bruno. Thank you so much for joining us, we appreciate it.

Heather Childers: So, you hear what Nadler had to say right there. But you and I were just discussing this and you say, you know, legally, Barr could not release the full report without some redactions.

David Bruno: Yeah. At the very least grand jury information. There were 2,800 subpoenas that were issued in the Mueller investigation. Now that’s all coming from the grand jury. That could be for one person to come and testify, or it could be for records. So, you would think that of the 2,800 all that information is going to be in the report and it’s got to be redacted under the rules of evidence. And there was a decision on Friday, DC Circuit Court of Appeals, which is binding on William Barr and the DOJ, which did not find any exceptions. And the exception to Congress is just not there. There is not an exception for the House Judiciary Committee to get the grand jury information.

Heather Childers: Listen to what Rudy Giuliani had to say over the weekend. One of the President’s Attorneys, listen.

Rudy Guliani: I would like him to get all the information.

Female Reporter: Including the things that are protected?

Rudy Guliani: Listen I can’t control that and I can’t change the law. The President has told the Attorney General, and has told everybody in the world, I am comfortable with everything being released.

Heather Childers: Interesting. It is pointed out he can’t change the law.

David Bruno: Sure. And the report will be released and and you know what AG Barr doesn’t have to do do this. Under the notification law, all he had to do was give the summary and even in the statute itself it says the Attorney General may determine that public release of these reports would be in the public interest. May, it’s not required. He’s taking the next step. He said it will be released.

Heather Childer: And he said it would be mid April when he would do it.

David Bruno: He would do it probably next week.

Heather Childer: I also want to point this out because we heard Nadler say, this at the beginning. In his summary he said that Mueller did not establish that the Trump campaign conspire with Russia during the election. But Barr also said that the special counsel did not exonerate Trump on obstruction of justice. Barr, himself though, has subsequently concluded that Mueller’s inquiry had found sufficient evidence to warrant criminal obstruction of justice or obstruction charges against him.

David Bruno: There’s two pieces there. The collusion conspiracy. Nothing. Okay. He came out and said Mueller’s report says there’s none of that, but on obstruction it left the left, the question open, but Attorney General Barr is the Attorney General. He’s the one that makes the decision. He would be the one and he and Rosenstein came to conclusion that there are no charges.

Heather Childer: Now it’s also important to point out that this was with Rod Rosenstein.

Heather Childers: Even after this full report comes out. Do you think that Democrats like the Nadler and Adam Schiff are going to drop it?

David Bruno: No, I don’t think so. First of all, there has to be redactions, so there’s always going to be an argument, well the public didn’t see it all, right? But what’s going to be next? Who knows if they’re never going to be satisfied?

Heather Childers: Yeah. All right. Thank you so much for joining us. Appreciate it. We’ll have you back after it’s released for sure. 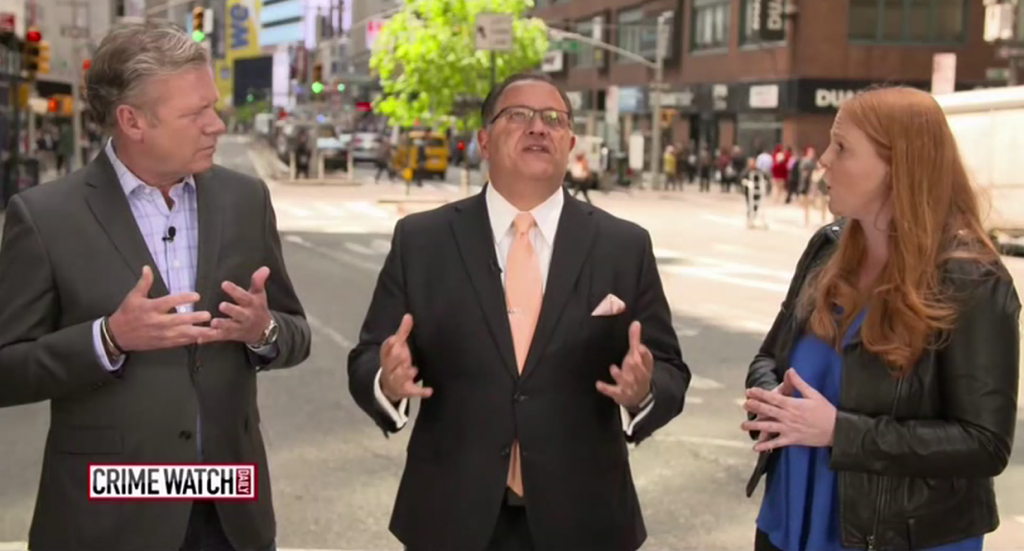