I have been asked to comment on national TV regarding the Aaron Hernandez murder trial in various contexts.

Now, we are awaiting the jury’s verdict. Waiting for a jury to return a verdict is an interesting time for attorneys. For the lawyers, it is a period of reflection, and a game of trying to figure out any information from the jury that leads one to a “guess” as to what they are thinking, or what their verdict will be.

If you have not served on a jury, you may find it hard to believe that the court does not give them any guidance on how to deliberate. They jurors are left to their own on how to start and how to deliberate. Do they start by taking a vote, start by reviewing the evidence (and if so where to begin?), or some other fashion.

Jurors interviewed after verdicts have stated that they were unnerved by the lack of guidance, but most start by taking a vote or taking time to determine how they feel it is best to proceed given the nature of the case.

In the Aaron Hernandez deliberations, many are opining at this 7th day of deliberations that it is a sign of either a not guilty or hung jury. It is true that this may be a sign of that- – but not necessarily in my experience as a homicide trial expert.

It could also be a sign that they are methodically going through weeks of over 130 witnesses’ testimony, thousands of pages of records, and a host of pieces of physical evidence that is with them in the jury room.

My experience as a New Jersey Homicide Prosecutor and now New Jersey Criminal Defense Attorney that has been trying major criminal cases for over 26 years on both sides of the isle, is that juries take the seriousness of their role to heart and want to “get it right.”

There is one clue in the Aaron Hernandez deliberations that no one is speaking of. Namely, the jury has not asked any substantive questions on the facts, law, or indicated that they are unable to come to a conclusion. They have remained largely silent.

Typically, if there is a problem with jurors coming to a conclusion, or if there was disagreement making a unanimous verdict impossible, we would have learned that by now. Normally, if the jury states that they cannot agree, the judge tells them to go back in and try again with the hope of finding common ground, but at the same time not abandoning their “strongly held beliefs” as to the right verdict unless they are convinced after further deliberations to change it. After that, if the jury comes back and says they still cannot arrive at a verdict, the court typically declares a mistrial and discharges the jury.

Given that the jury in the Hernandez case have not asked to have testimony read back, or indicated that they are “hopelessly” unable to reach a verdict given all of the time they have been deliberating, leads me to the conclusion that they are merely taking their time to exhaustively review a lot of evidence given to them.

While we all want to know the result immediately (myself included as I am commenting on the case) we all have to understand the profound task that a jury performs. They know well that their decision will affect the lives of the defendant, the victim’s family, and all those that love and care for these people. It is in reality enheartening in a world where “fast” is always seen as better, that the jury is taking the time to ensure they “get it right.”

Whatever the verdict, it is clear that this jury is to be commended for respecting the seriousness of the task they as citizens have been asked to perform. 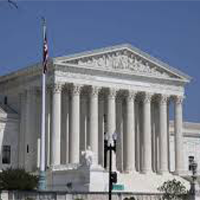