Samantha Josephson was allegedly murdered by a man posing as an Uber driver. Since the incident Uber and Lyft have released new safety measures to better protect riders using their apps. What are your thoughts? I discuss on Chasing News.

Bill Spadea: After the University of South Carolina’s student and New Jersey Native, Samantha Josephson was murdered allegedly by a man posing as her Uber driver, Uber and its primary rideshare competitor Lyft announced new safety measures with the Uber App pushing an alert to remind riders to check car details and the driver’s information. Lyft is focusing on background checks and enhanced identity verification for drivers. So, the question is, is all of this really necessary? Let’s ask tonight’s A plus panel. Lisa Durden social commentator and former Prosecutor and a Defense Attorney, Bob Bianchi. Bob, what is unfortunate about this, and as a father, I can’t even wrap my head around losing a 21-year-old daughter, horrific. But now you’ve got this move. Almost as if to say this is an issue with the rideshare companies and I would contend it has nothing to do with that.

Robert Bianchi: I think these regulations are extremely important because whenever you have a great technology or a great, and I think these things are amazing and I use them myself, you know people are going to take advantage of people who are unsuspecting in some way, shape or form. The vetting process for Lyft and Uber was virtually nil when it first started. There were people that I know personally who were charged with massive major league victim criminal offenses that were driving around as Lyft and Uber drivers.

Bill Spadea: Charged or convicted? If they were doing background checks from?

Robert Bianchi: They may have been doing it, but that apparently it wasn’t.

Bill Spadea: We’re not any less safe in cabs.

Robert Bianchi: But that’s the bottom line is we need to make it as safe as possible. So, things like this don’t happen in my mind.

Bill Spadea: So, you do agree? But, but already, I mean I take Uber all the time. My kids take Uber. I don’t even think twice about it because you check, you already checked the license plate, the car and this guy was an imposter. If she had just checked, you could argue this would never have happened.

Lisa Durden: I think these new safeguards protect both the driver and the drivee. When I was in New York one time, parked, well in a parking lot, trying to get on to the Holland tunnel, I didn’t think to lock my door. Some drunk chick just starts opening my backdoor hopping in. She could have been a murderer. I’m like, what? She’s like, are you my Uber? I was like, No I don’t know you. So, I think Save guards are excellent.

Bill Spadea: Great point Lisa, and this is why safe guards are absurd and useless and may only slow the process because in Lyft are in part designed for people who are impaired and can’t drive. I mean for me it’s like car service for the rest of us when it came out. I love it, but you know, you still have to be responsible for yourself and get into the right car.

Robert Bianchi: Well, Bill there’s, there’s just no question about that. The, the regulations aside, we as Prosecutors as well as law enforcement people used to tell people, you got to have your head on a swivel. You have to be aware of your surroundings. You have to take responsibility for your own safety. The fact that they’re going to add additional safeguards to any extent that they can, I think is a good idea.

Bill Spadea: It dumbs it down and makes it so that people will feel, I have this argument when they talked about having the signs. I think the signs are a danger because now you can have somebody buy a Lyft sign on eBay or on Amazon and pose as an Uber driver and it will may relax somebody. They won’t do the checking because they’ll see the sign.

Lisa Durden: Last week when they talked about this issue, there was a great tip that even beyond this technology that people don’t think to do when you’re getting in Lyft or Uber, before you get in, open the door and say, who are you here to pick up also?

Lisa Durden: No, who are you here to pick up? They need to say Lisa Durden or you don’t get in that car.

Bill Spadea: All right, thanks guys. 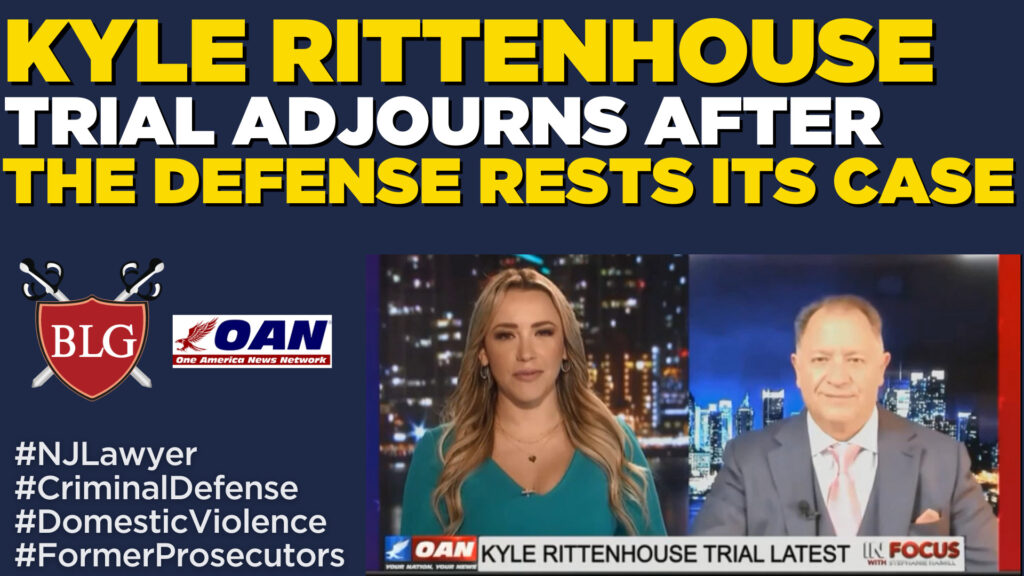 Kyle Rittenhouse Trial Adjourns After the Defense Rests Its Case