Founding partner Bob Bianchi of The Bianchi Law Group, was on Fox News Happening Now with host @JonScott and co-guest @DianaAizman to discuss the Post-Conviction Relief (PCR) case of #AdnanSyed who was convicted of murdering his girlfriend 17 years ago.

Post-conviction relief is a process in the law that occurs typically after appeals of a trial conviction have been exhausted.  Primarily, this process is employed if there is newly discovered evidence, prosecutorial misconduct, or due to ineffective assistance of counsel, that the defendant was denied a fair trial.

To be sure, granting a new trial is not routinely granted as the courts do not want to disturb verdicts in cases where they were not present and did not have the opportunity to personally evaluate the witnesses and evidence as it was presented.  But, if the court determines that the above reasons were so profound that it denied a person of the fundamental right to a fair trial, or had the jury known of the new information it may not have convicted a defendant, then the possibility of a new trial being granted is a power the courts have in a PCR application.

As a New Jersey criminal defense attorney I am disturbed by this case and feel that the defendant has a good chance at getting a new trial.  It is alleged, among other things, that the prosecutor trying the case either hid or coerced an alibi witness not to testify on behalf of the defendant. No matter how you slice it, if true, this is an egregious violation of a prosecutor’s duty to “seek the truth” and not merely seek convictions and to advise the defendant of all information that the government has in its possession that could “exculpate” or assist the defense. It is unethical in every state in the US for a prosecutor to hide evidence or tell a witness not to assist a defendant in their defense.

Given this was a very weak case at trial to begin with (no physical evidence), and rested upon the testimony of a co-defendant who repeatedly changed stories and had a strong motive to lie, this alibi witness was crucial to the defense both to show the defendant was not at the scene of the crime, and to “impeach” the co-defendant’s testimony before the jury.  There is little doubt in my mind that the judges will state this could very well have affected the jury’s verdict rendered 17 years ago.  The defendant has been in jail since that time.

There are other problems with the case for the prosecution, as well.  As a former New Jersey Prosecutor who has tried many homicide and murder cases, this is upsetting to me.  Firstly, there is a possibility an innocent man has been convicted.  Secondly, there is a chance that a murderer has not be captured and brought to justice.  Thirdly, it makes all trial attorneys (especially prosecutors) look poorly when they employ dirty and unethical tactics.  And finally, the victim’s family is uncertain if the person who murdered their loved one has been brought to justice. As a now practicing New Jersey Lawyer, I only want prosecutors to do their job, with no short cuts, especially ones that can completely alter a verdict.  This is how innocent people go to jail for life (and some executed) for offenses they did not commit.

It is my wish that the persons in power (in my mind the politicians appointing such people) who hold a modicum of respect for the seriousness of the judicial process, will begin supporting competent, proven, experienced, and wise prosecutors and judges in this country.  It is imperative that these very important positions given to people on the basis of merit and skill, as opposed to sub-par persons who receive these jobs as mere political patronage.

In fact, this is the most basic reason there are so many problems with the criminal justice system in the past 2 decades but it is rarely discussed.

Check out the video and give me your opinions. 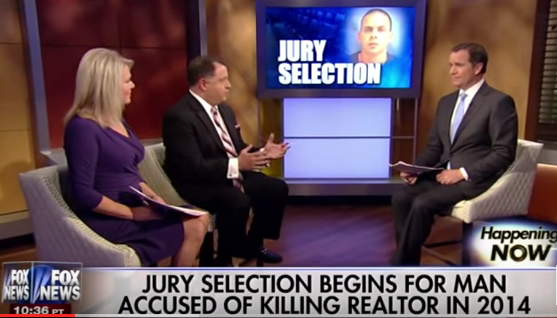